You can create such a pictogram like this.  The pictogram represents “Proibition of walking with smartphone”, which is previously shown is one expression.  The pictograms with information on how people in the surroundings feel are considered new type of pictogram expressions. 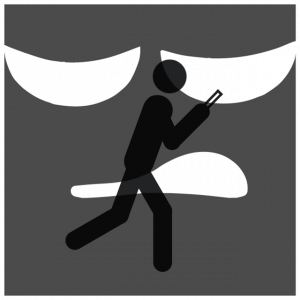 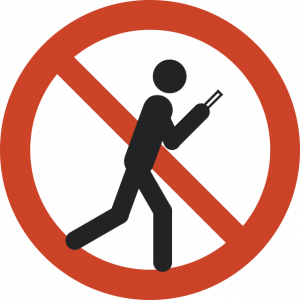