Pictogramming is based on two words: “pictogram” and “programming.” The basis of this application is the use of a human-shaped pictogram (i.e., a “human pictogram”). Pictograms resemble a person or object with an abstract representation. Human pictograms are associated with syntonic learning and visual manifestation.

The proposed application can display a human pictogram in the front and side directions defined by ISO, where both comprise nine body parts. The application moves the parts using a command sequence called the “Pictogram Animation Command.” The application can draw the movement history (similar to turtle graphics) as “Pictogram graphics.” The combination of both functions facilitates learning in small steps over a short period of time using a small command set. 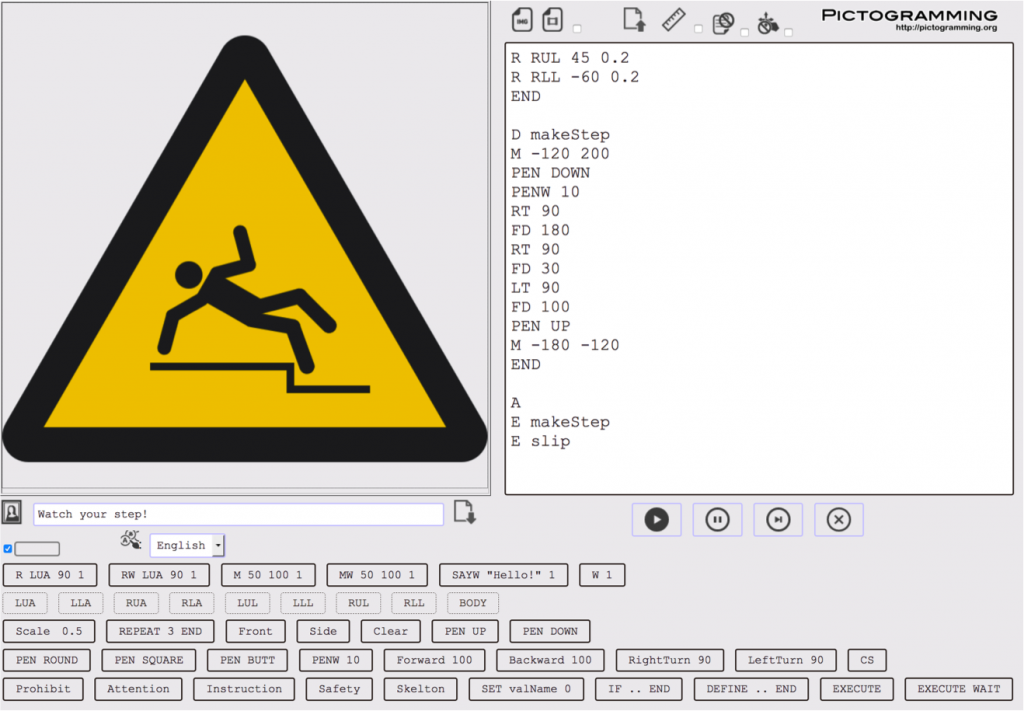 Papert developed Logo and noted that it is very important that children can execute Logo commands by pretending to be a turtle using their own bodies; this is called “syntonic learning”. Papert also noted the following: 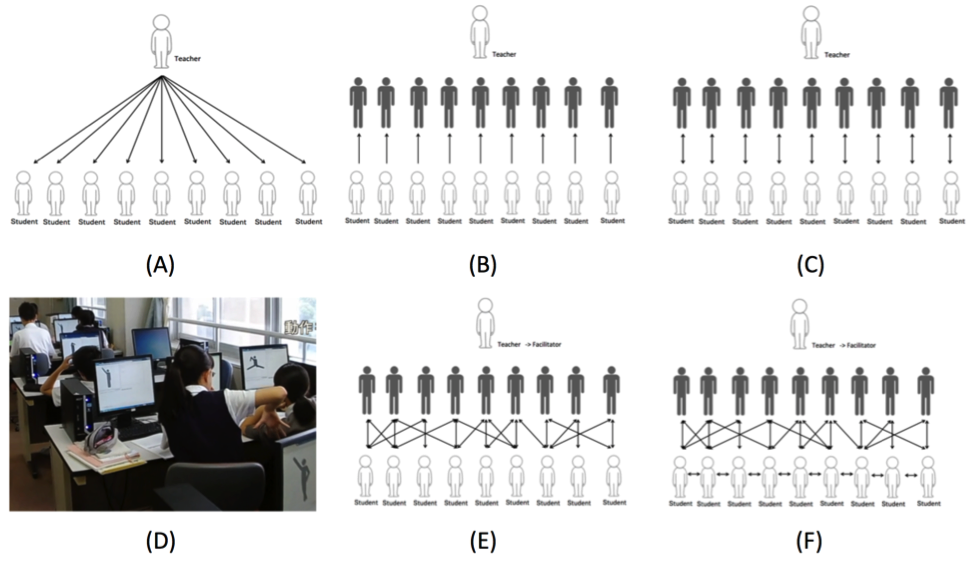 Figure:  Shifting relationship between the student and the teacher by interference of human pictograms

Okamoto associated a duplex viewpoint with these two types of cognitive processes [Okamoto 2005]. Figure shows an image of a duplex viewpoint realized by a human pictogram. One is an “object-level view,” and the other is a “meta-level view.” These two viewpoints are tightly linked through the self-identification of “ego” (reflective subject) and “self” (experiential subject). In observing the interaction of others from a distance, such duality is generally not established. However, if the observer can emphasize his viewpoint with one participant in the interaction, he can also acquire the virtual object-level view so that one can experience the interaction as if it were one’s own. This duplex viewpoint via empathy shows how first-person engagement can be achieved.

Expand to “broad meaning of Pictogramming.” 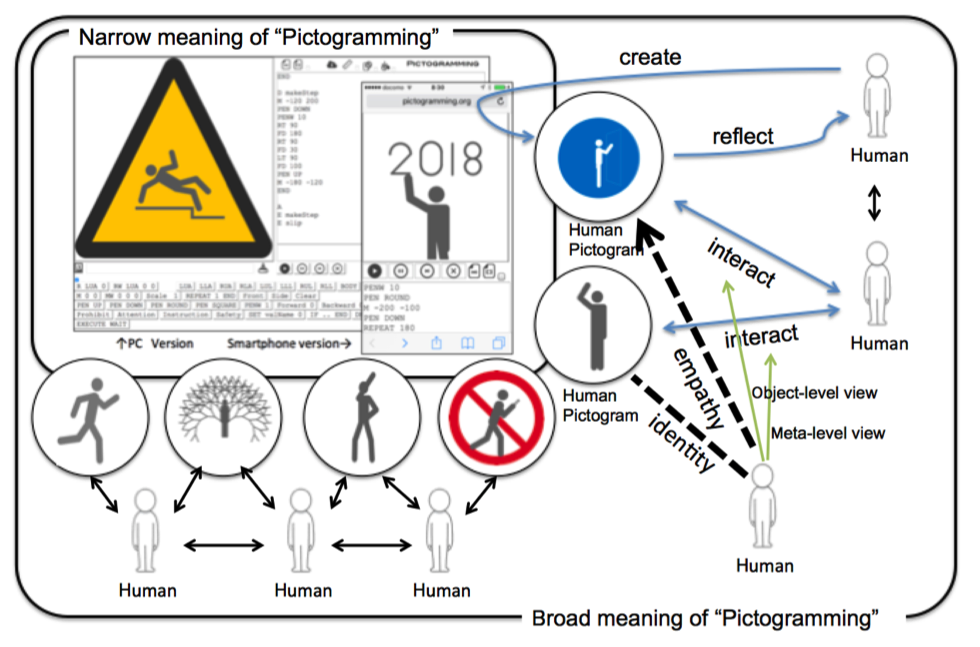