Figure  shows a screenshot when the application is accessed using a PC browser. 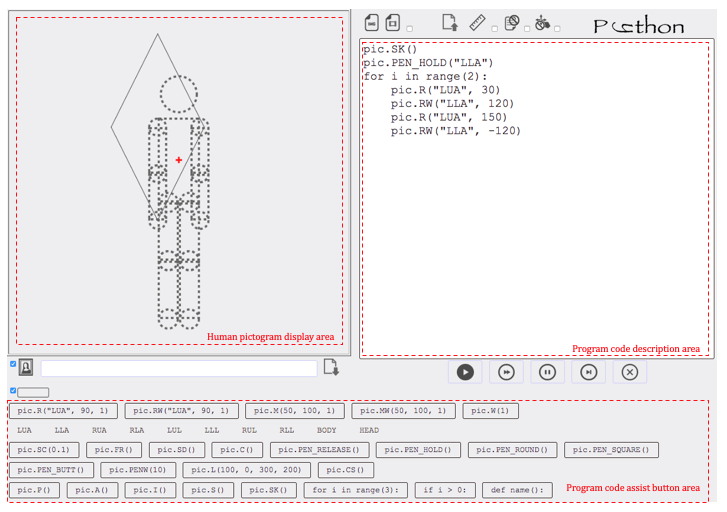 Options according to the purpose of use

You can turn on and off four functions according to the purpose of use.

Playback, stop and so on are controlled from the control buttons.

The application provides how to download contents in three ways.

(2) Press “Download button”,  and the code would be downloaded with a name of “title”.txt (here “title” is a name you inputted in “Title input” field.

(1) Press “Image download button”,  and the shot image would be downloaded with a name of “title”.png (here “title” is a name you inputted in “Title input” field.

(1) Turn on the check button to the right of the video download button.

(2) Execute once from the beginning to the end. Although it runs slowly, animated image are generated dynamically.

(3) Press “Movie download button”,  and the animation file would be downloaded with a name of “title”.gif (here “title” is a name you inputted in “Title input” field.

A sample Python program on the Picthon application. pic.r(“LUA”, -120, 1) as illustrated.

Here, R is an operation to rotate a part of the body specified with the first argument. The human pictogram has a total of nine parts, body and head (considered as a single part), two upper arms, two lower arms, two upper legs, and two lower legs. The body part except for “BODY” can be specified by 3 character.  First character “L” or “R” indicates left of right side of body. Second “L” or “U” indicates lower or upper part of an arm or a leg. Third “A” or “L” indicated an arm or a leg.  That is, “LUA” means the Left Upper Arm. The second argument gives the degrees counterclockwise of the angle of rotation, and the third argument represents the seconds required to rotate. If the third argument is omitted, then, it would be treated as 0. Hence, line 1 means “Rotate the Left Upper Arm 120° clockwise for 1 second and next command executes simultaneously.

The character “w” in “pic.rw(“RUL”,10,1)” shown line 2 means that next command executes when this rotation has finished.  Line 2 indicates “Rotate the Right Upper Leg 10° counterclockwise for 1 second and the next command is not executed until the movement is complete.

Line 3 is a typical Python ‘if’ statement. and line 4 is a loop statement. Hence, lines 3–6 represent waving the Left Lower Arm (LLA) two times at a probability of 30%. 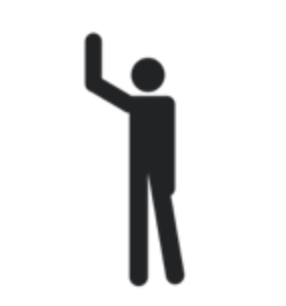 Relations between body parts and notations (This notation is used in arg1 of R,RW,M,MW method and arg2 of PEN method) 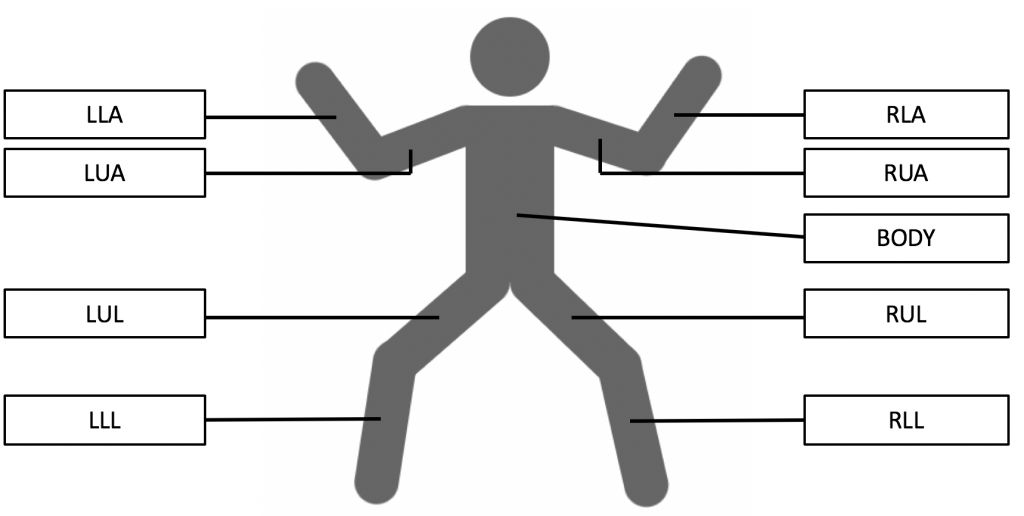 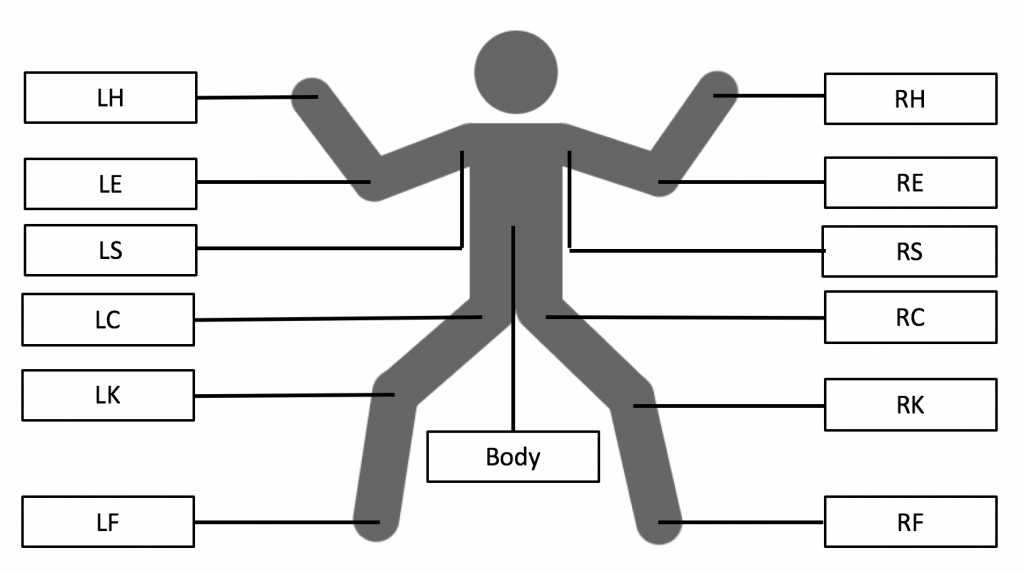